Amsterdam really is full of bicycles. It’s remarkably prevalent and cyclists are remarkably confident in their right-of-way. As a cyclist myself it’s really quite stunning to watch. Sadly only watch: I tripped and grazed my hands exactly where you hold handlebars. The segregated red bicycle lanes are sometimes very clear as a pedestrian - and sometimes not. 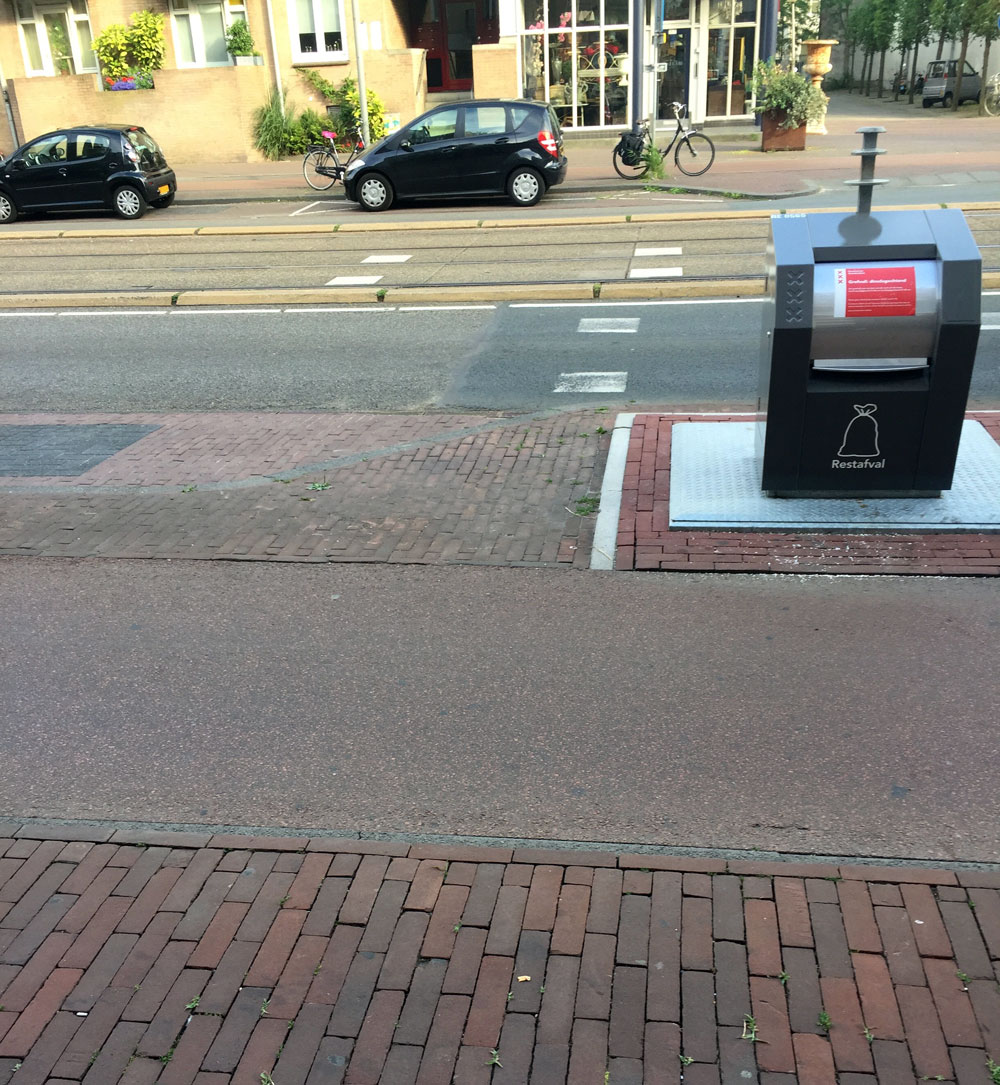 Compared to Paris the architecture feels a lot more variable and to me a lot more charming. It’s also a lot harder to photograph: from the street you’re obstructed by the trees, and I’ve noticed that the Amsterdam Museum has a painting which deliberately omits the trees in order to focus upon the architecture.

I’ve wanted to visit ever since I saw the movie adaptation of A Fault In Our Stars. While a major tourist destination, it had never been on my radar until I saw how cute and exciting it was. On a related note, I really dislike how in the book they stayed in a cheap hotel sharing rooms but in the movie they had them in a fancy, expensive hotel with individual rooms… 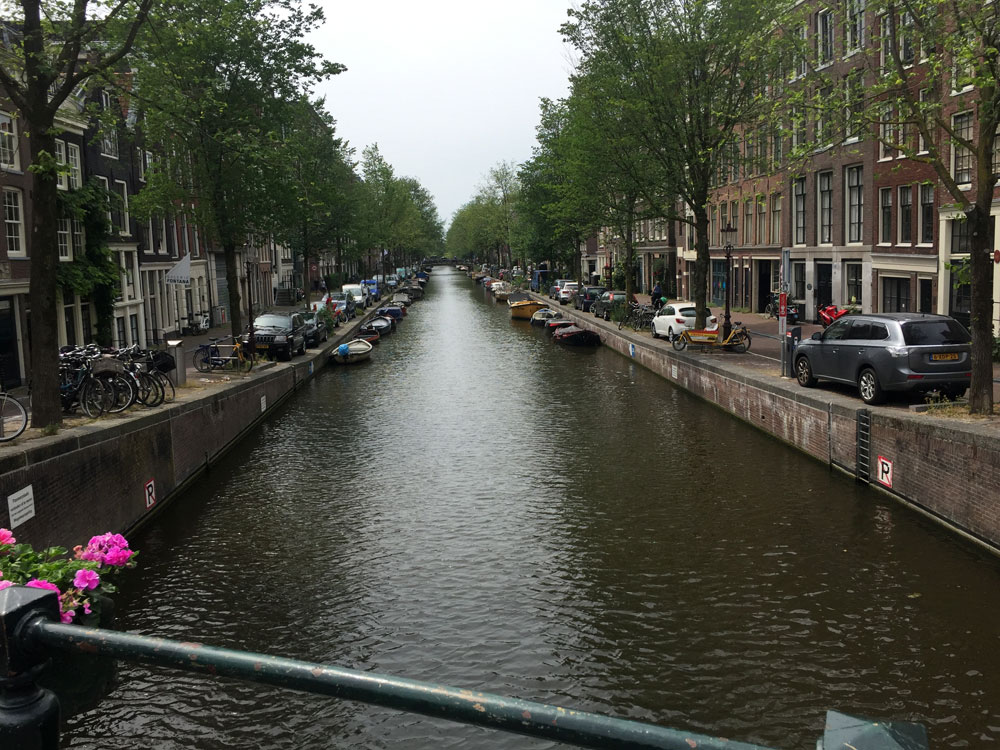 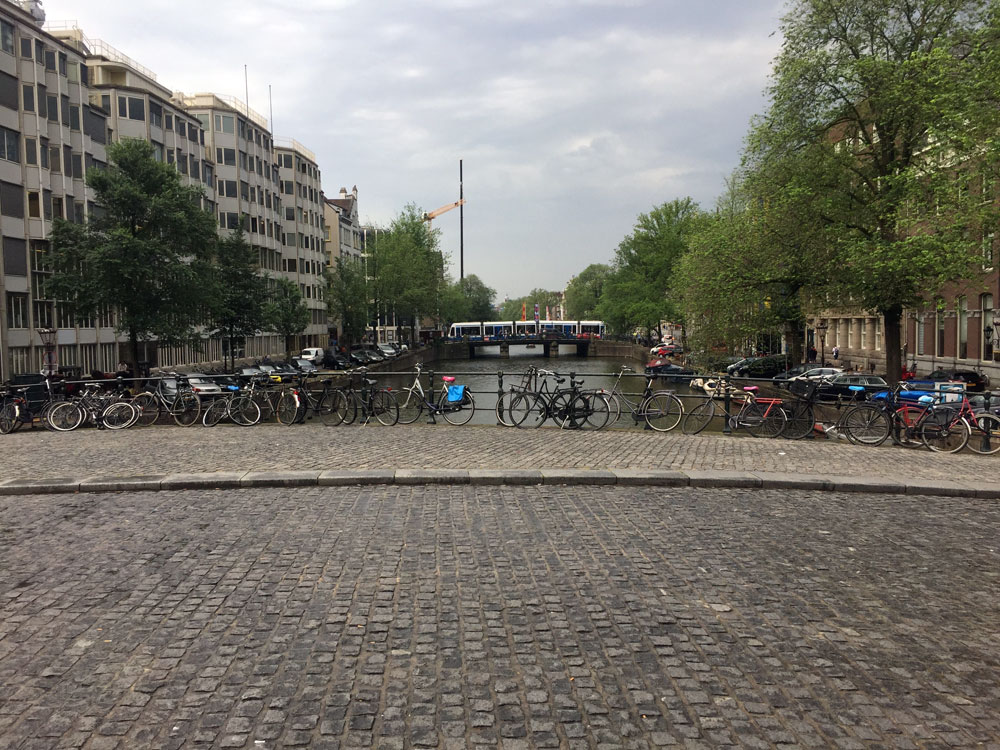 My first stop was a little esoteric: the Tulip Museum in the Jordaan neighbourhood. It discusses the origins of Tulips, their introduction to Tulip Mania and how the Dutch ended up in Tulip Mania: a major price bubble in 1637 where the newly-introduced tulips were being exchanged for apparently extraordinary prices. Sadly I don’t have a great photo for this, but it’s worth a visit! 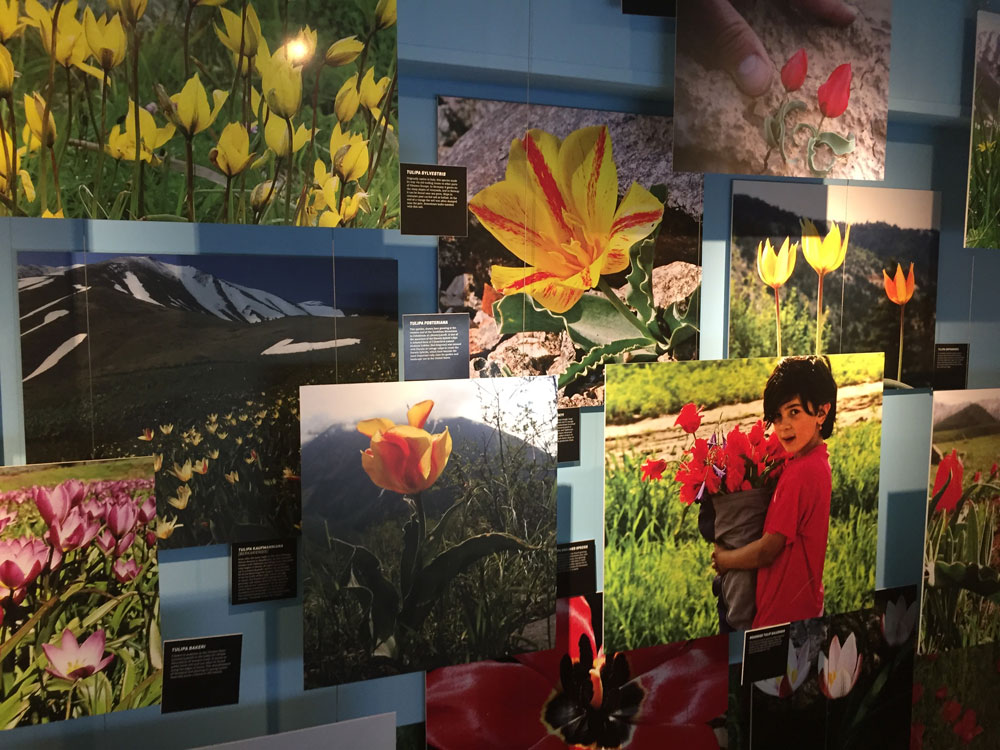 About this time I’d started to feel a little bit lonely. I’m used to enjoying my own company from my teen years, but it always takes some getting used to. My sister headed home from Paris and it’s just me for the rest of the trip (another week to go!) At first I wasn’t sure how best to overcome this, so resolved to keep going about the day I’d started to plan out in my head.

So next, I got pancakes! I must say, York’s Double Dutch Pancake House really stood its ground against what’s apparently a renowned (if touristy) pancake house. Mine was baked rather than fried, but otherwise was quite comparable. The below was about as much as I could eat. 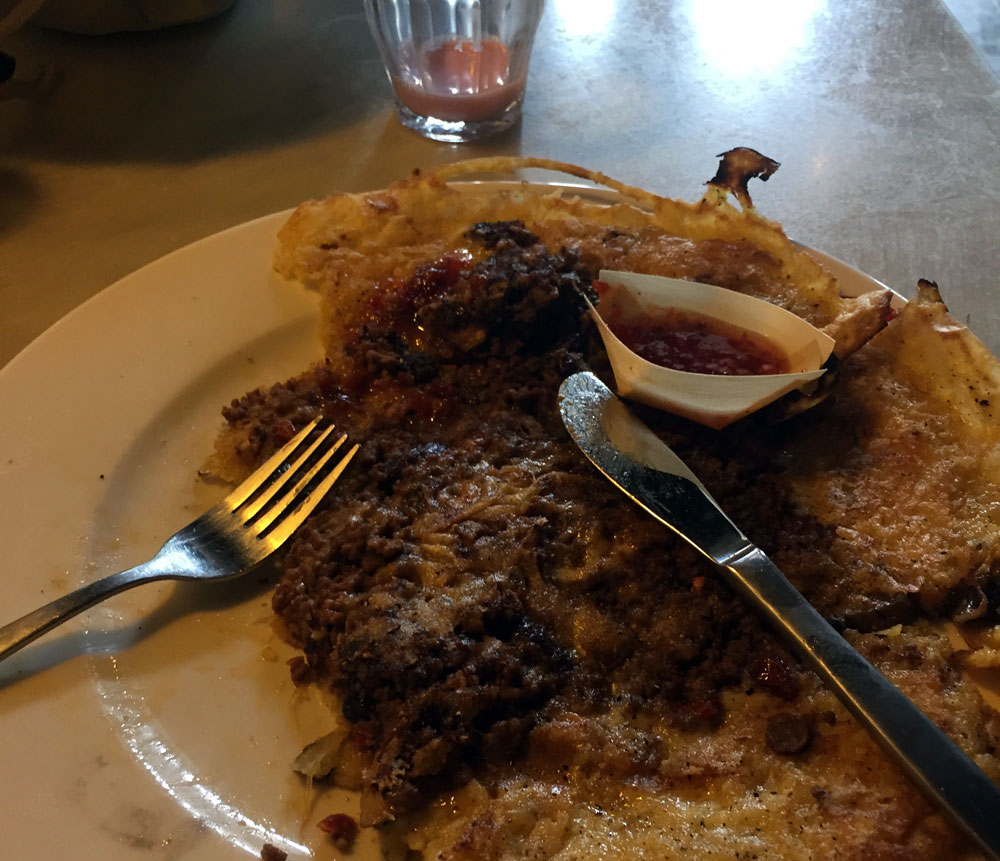 At about this time, the glorious weather thus far with 32+°C days and 20+°C nights broke in spectacular fashion. We got hit by a big rain shower, from which I had to hide a postcard as I had no bag. Then as I was hurrying back towards the central island (Centrum?) when a rather intense thunderstorm hit. As if from nowhere the people on the street changed from t-shirt-and-shorts-clad to long-sleeves-and-jeans. 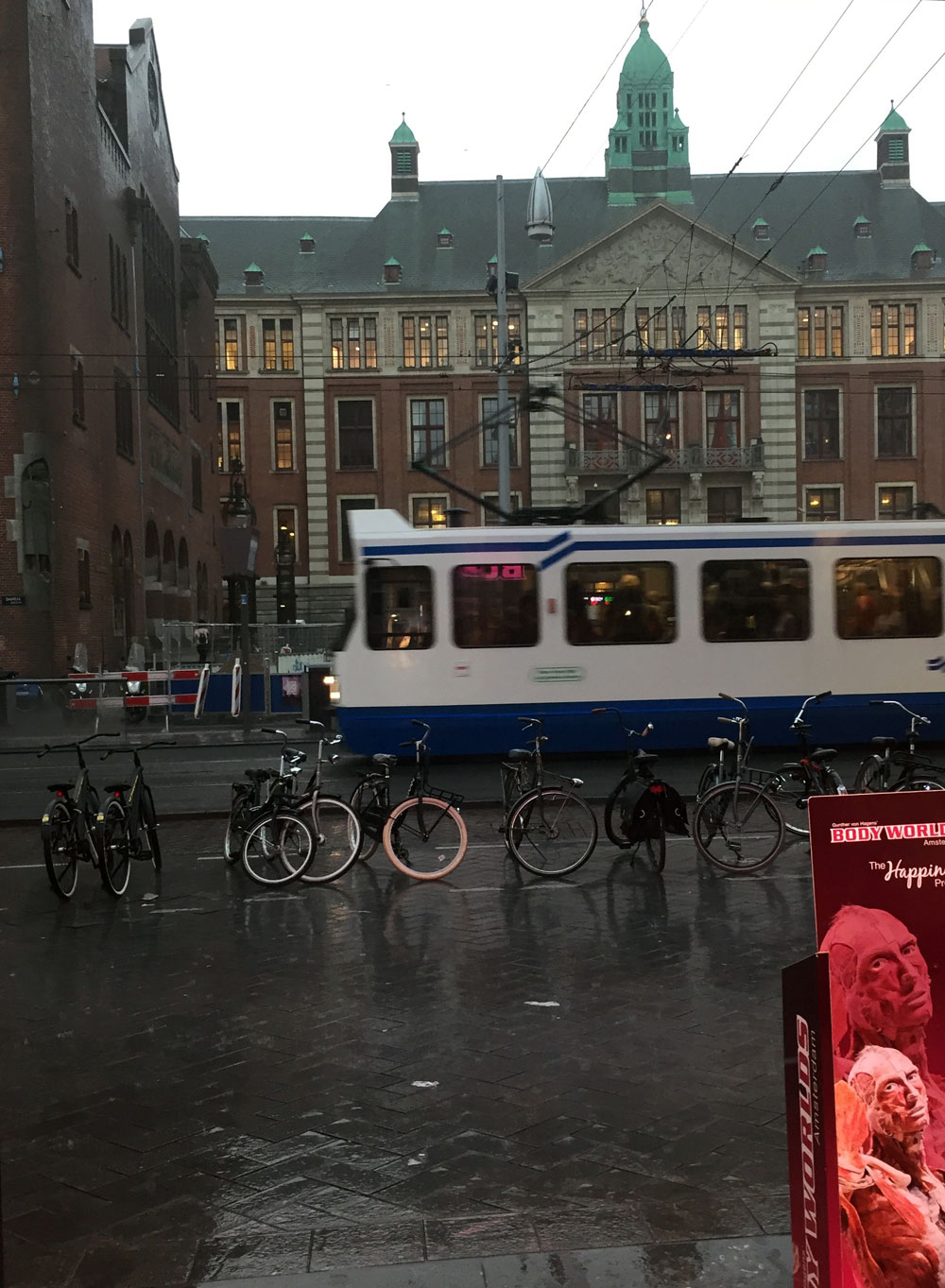 I’d hoped to visit Body Worlds while in Amsterdam and this proved an excellent place to take shelter. Lightning hit something rather close as I got my ticket, and everything shook. Thankfully the power stayed on!

As the rain hit I started to feel a lot better. The hardest thing about spending lots of time by yourself (or in charge) is keeping a sense of direction, and having formed one for the rest of the day I just enjoyed the novelty of a rainstorm after so many days of Florida-like weather.

Body Worlds proved one of the most unique and fascinating exhibitions I’ve visited. It’s actually a partnership between Body Worlds and The Happiness Project, and the mix of the two works surprisingly well. Each floor is a mix of the human body (e.g., the nervous system) and the human condition (e.g., positive mindsets.) 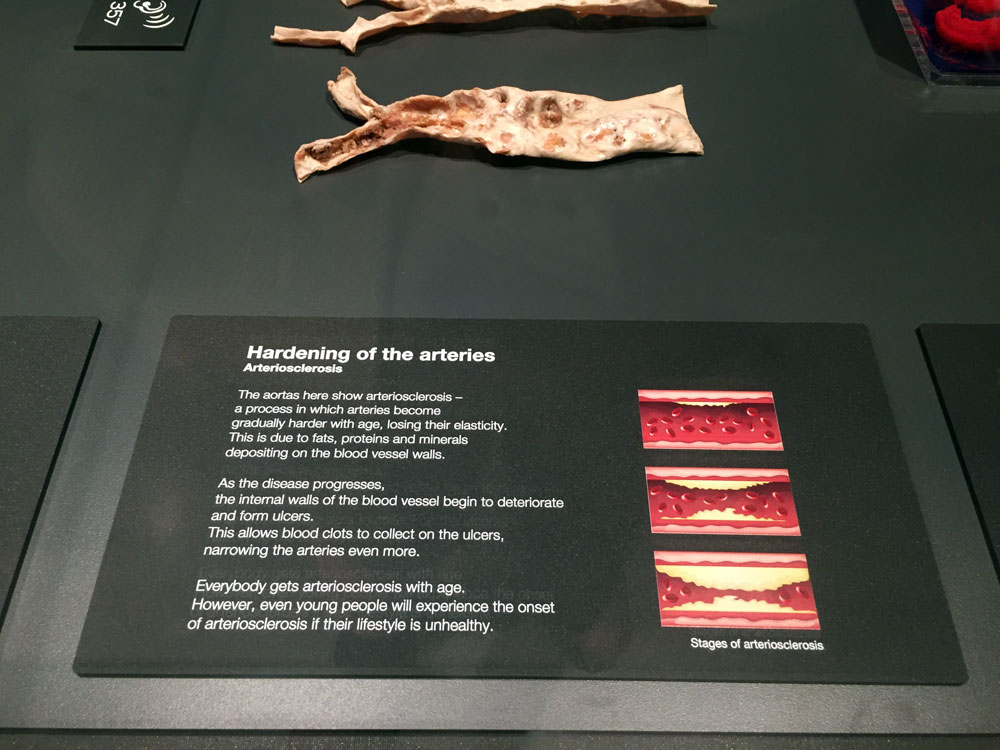 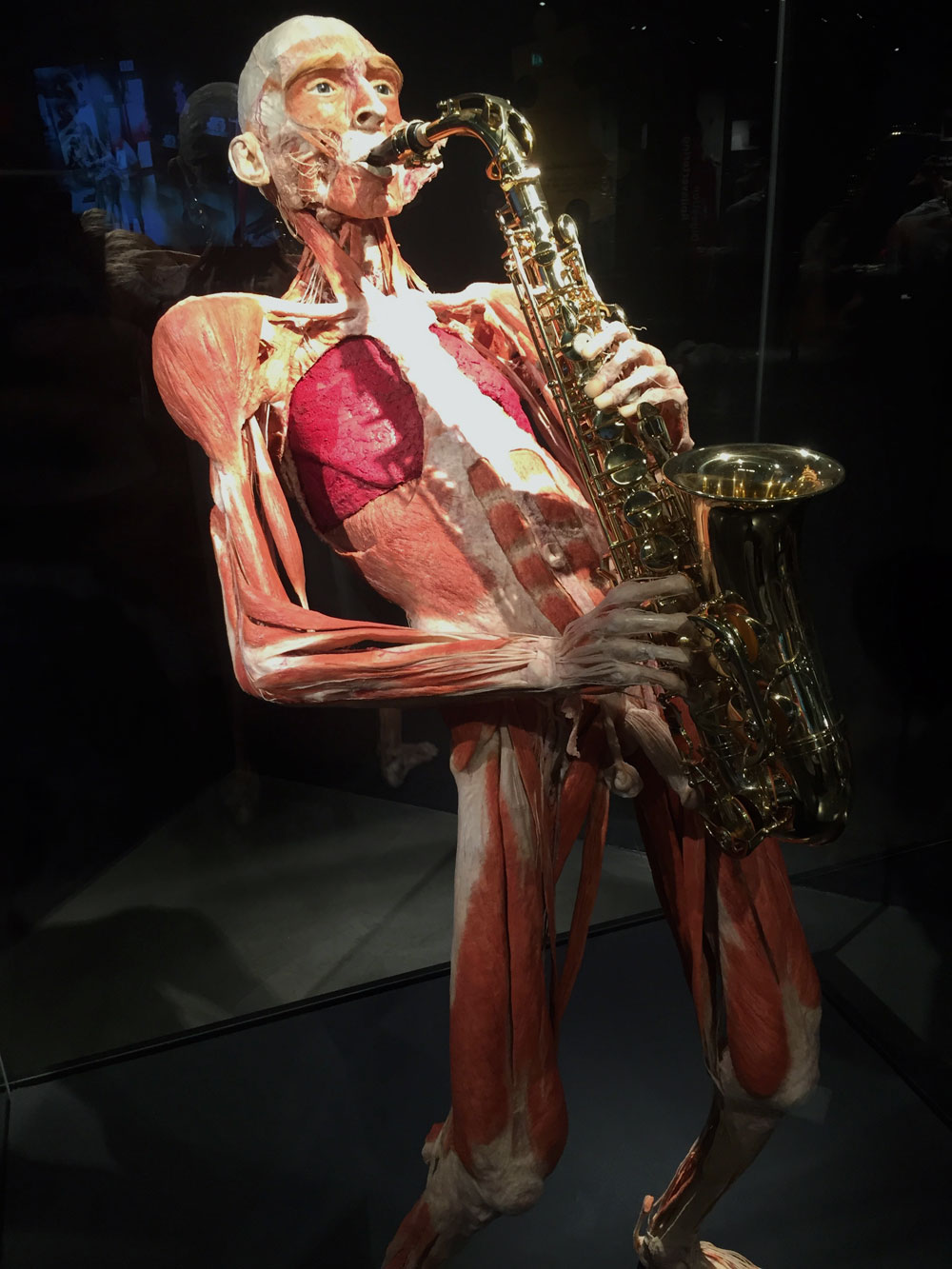 The top floor has the nervous system from real human bodies. Both individual ‘pieces’ and the entire thing. It’s not for the squeamish but I understand a whole lot more about my body now, and I don’t know how I would possibly have learned that without seeing quite so many bodies and parts of bodies. I’ll… stop talking before this sounds creepy. 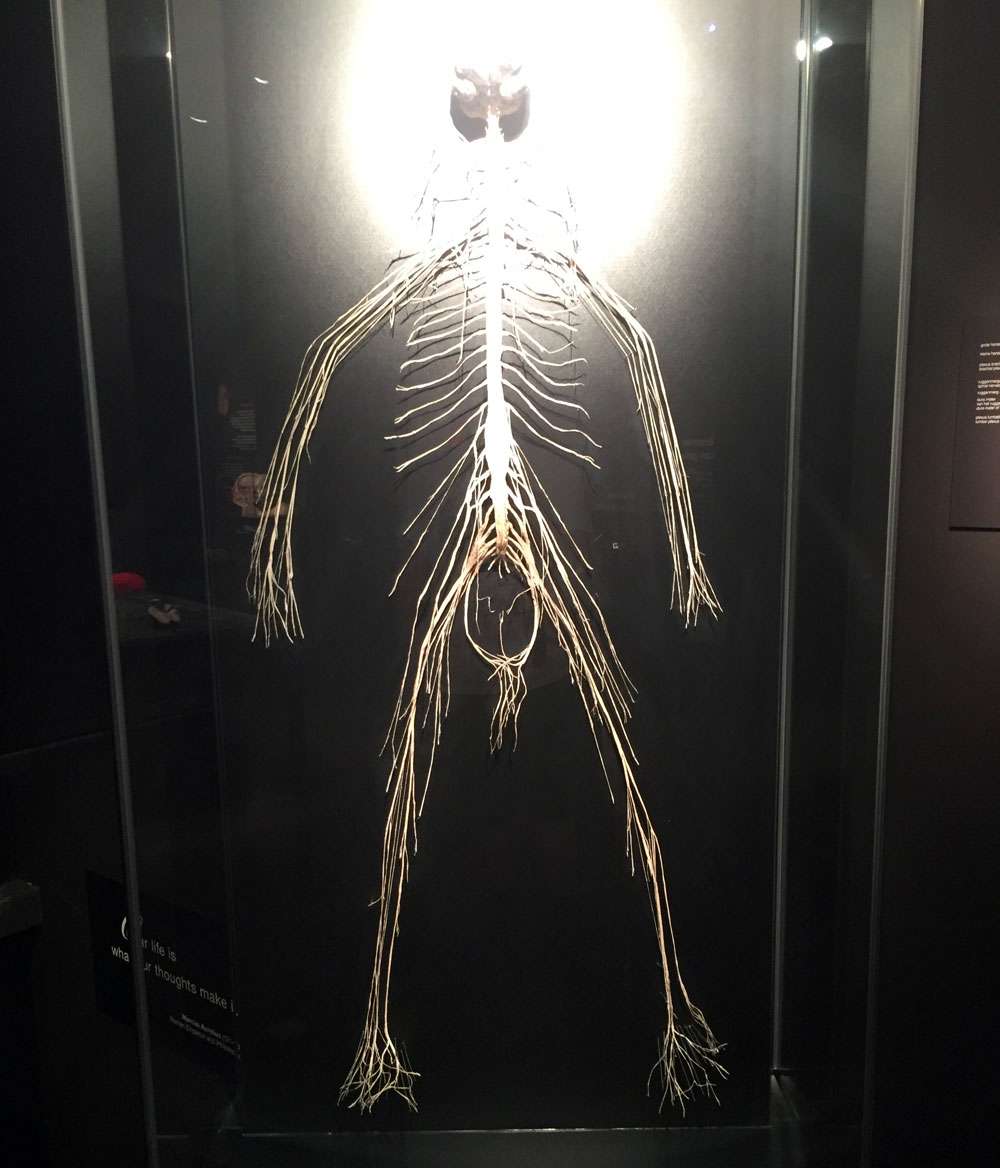