It’s been quite the Winter for snow in North London. My first winter here has been just as lucky as was my first in York, which is when I took this photograph.

I live in a city, I don’t drive and I rely on my feet, bicycles and public transport to get around. Unless I need to cycle somewhere, I’m in the perfect position to enjoy and get excited by snow. And I have! And it’s really pretty around here. 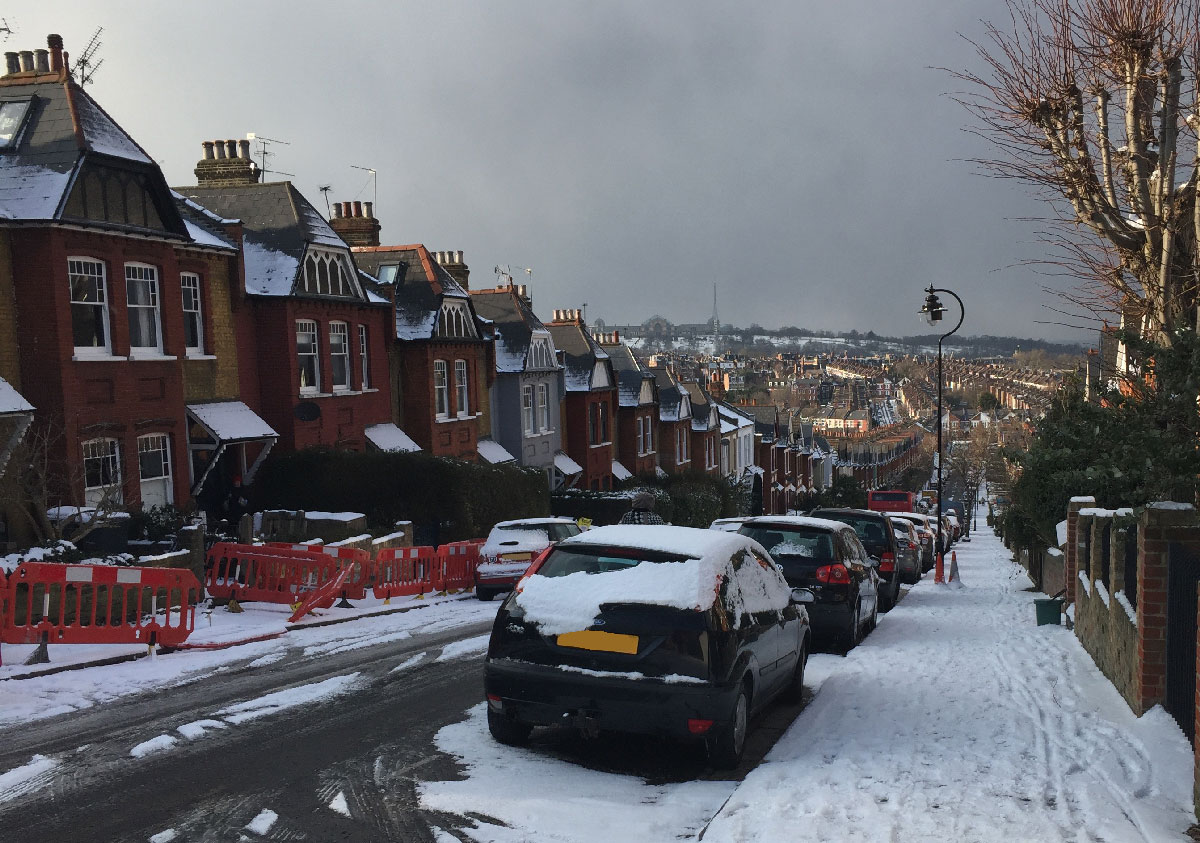 I thought I’d gotten lucky with a few days of snow in early December. I threw some snowballs, admired dozens of snowpeople in Finsbury Park (no time to build one, sadly) and got to feel festive. Getting another week of snow wasn’t something I hoped for.

It’s been a blizzard on my hill at times, watching snowflakes zoom down or snow from the ground whipped up into the air. That’s been kind of cool, but also a little scary sometimes. Living in a conservation zone is really nice in some ways, but old-fashioned sash windows really aren’t airtight and I’ve had to improvise to seal up some holes.

I have a habit of visiting New England in December, a time of year when it gets awfully cold weather and blizzards. Last December the wind chill one daygot down to about -22°C. Another day I walked about six miles through half of a foot of snow from Cambridge, MA to Downtown Boston. That day was when I took this next photo.

We haven’t quite had that here yet but 4 days of snowing and a week of cold weather make me feel like I’m there. It feels great.

But that’s not the whole story. The cold giving us snow should be growing sea ice in the Arctic. We might be having fun (unless you’re trapped on a train overnight!) but Polar Bears in the Arctic will have less hunting territory. I don’t know how to change the vast problem that is reducing CO₂ emissions. We’re not willing to have lower living standards for it, especially when they’re already eroding, even if there was a way to negotiate that.

It’s a tragedy and, whatever happens to human civilization, much of what made this world so amazing will be changed.