The first city in my big rail trip has been Paris. I’ve been here before with family, but my memories were limited to a hawker at the Eiffel Tower and getting my shoelace stuck in an escalator at the Disneyland Paris train station.

I didn’t have time to include in Day 1’s post our trip to the Eiffel Tower on the first night we got there, reaching the summit a little after 10pm and just as the lights came on! 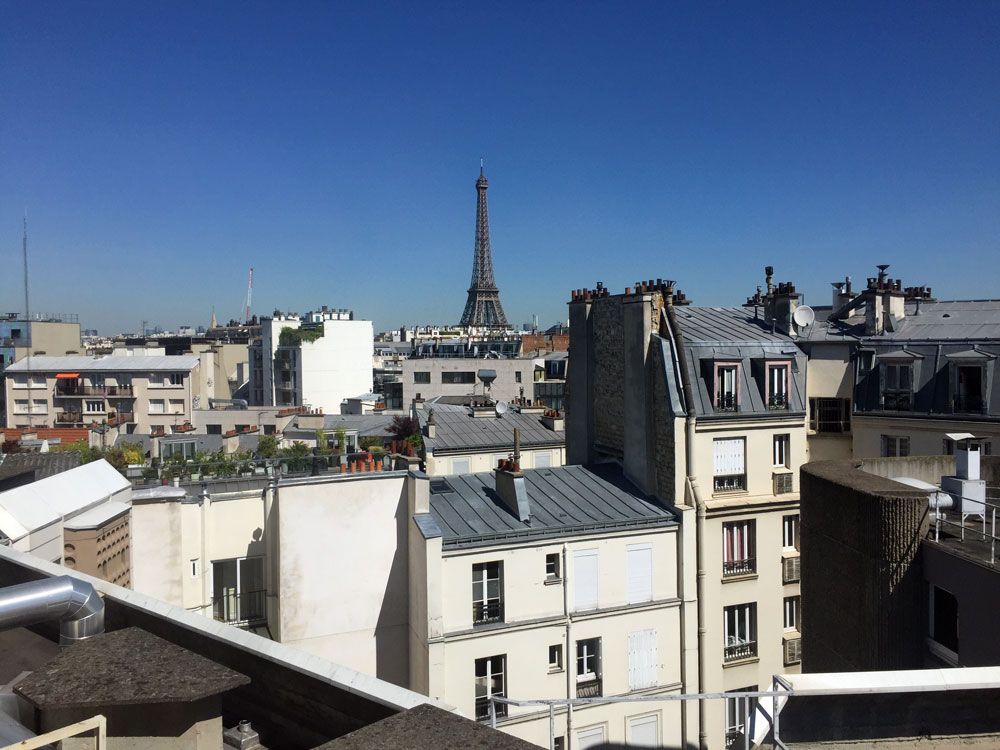 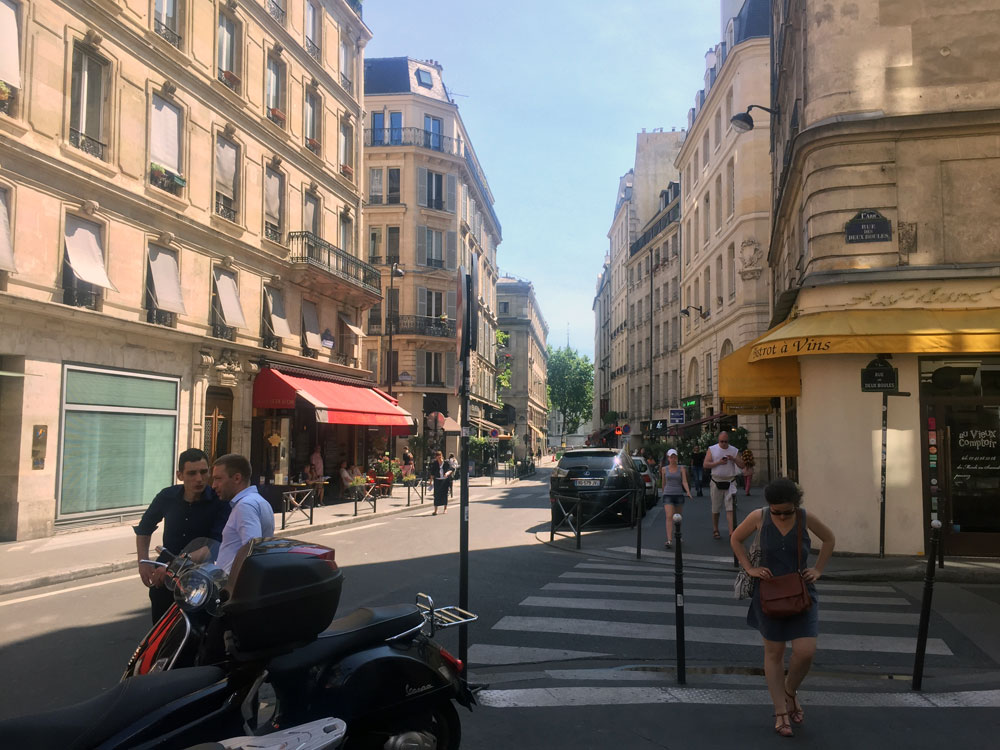 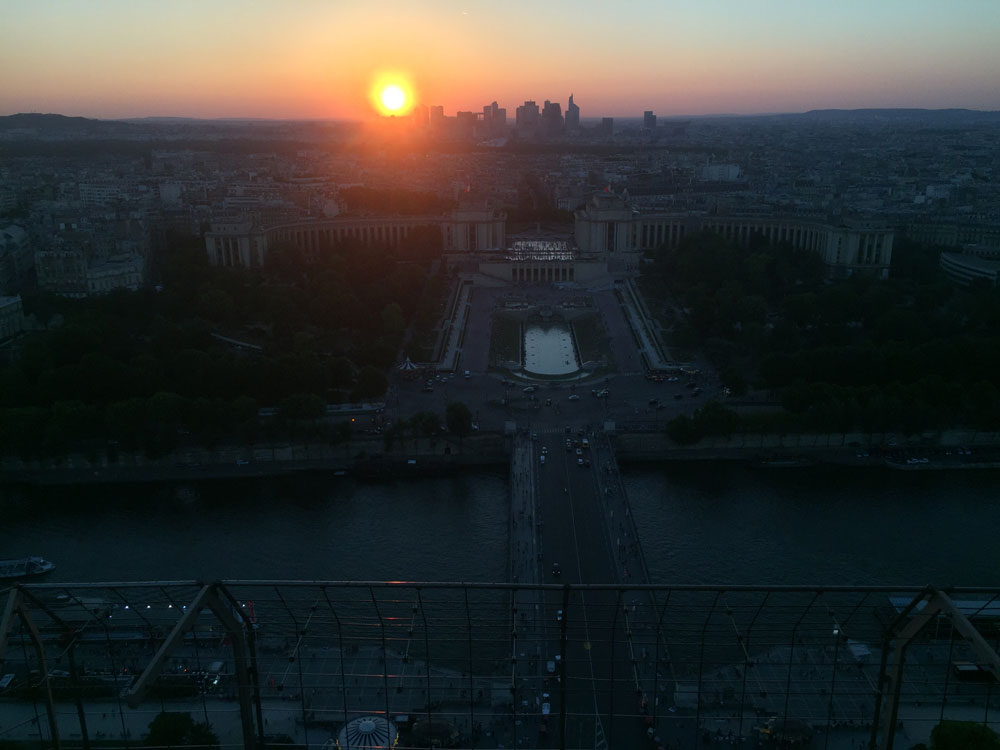 When we had trouble on the way to Paris we had joked that a McDonalds near the hotel was open until 2am if we were to get in that late. As it turned out we did resort to eating there, at about 1am on the way back from the Eiffel Tower! We’d assumed that it would be the only place serving food, but in hindsight I get the impression that a proper French bistro would have been able to feed us.

I couldn’t sleep (as is typical my first night somewhere) so got up pretty late the next day. I caught up with Sarah on the Champs de Mars (the D.C. Mall-style area in front of the Eiffel Tower), and we took in an obvious tourist route from there to the Trocadero, up past the Arc de Triomphe, down the Champs-Elysees, through the Louvre and to Notre Dame - a few hours walk. My companion wasn’t a huge fan of figuring out public transport, so walking was a little easier. 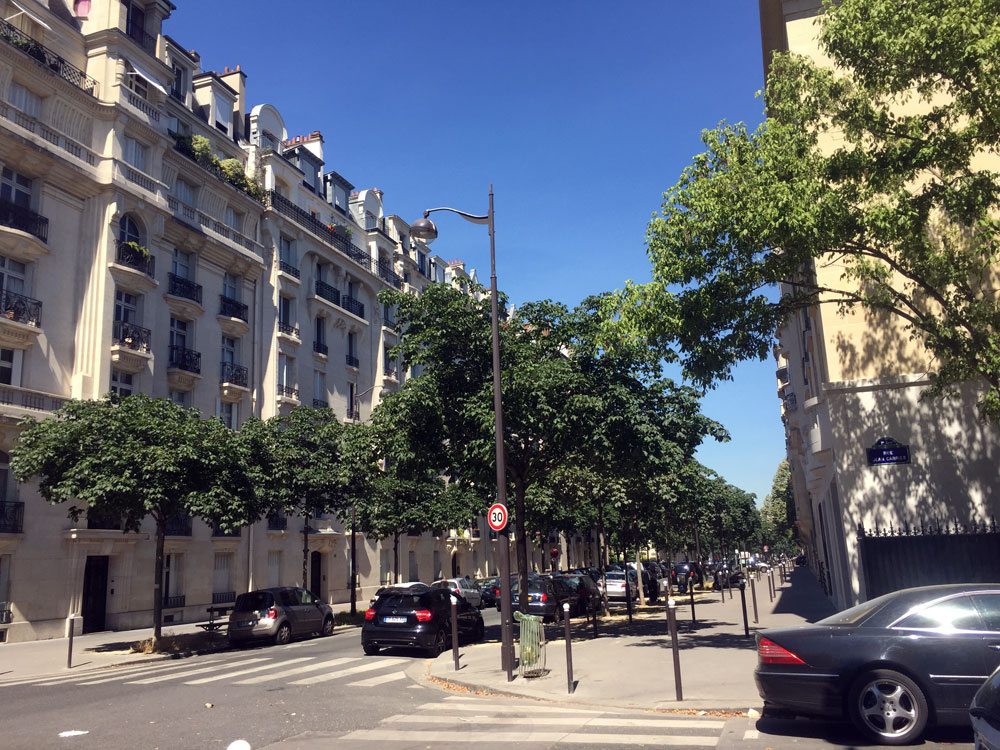 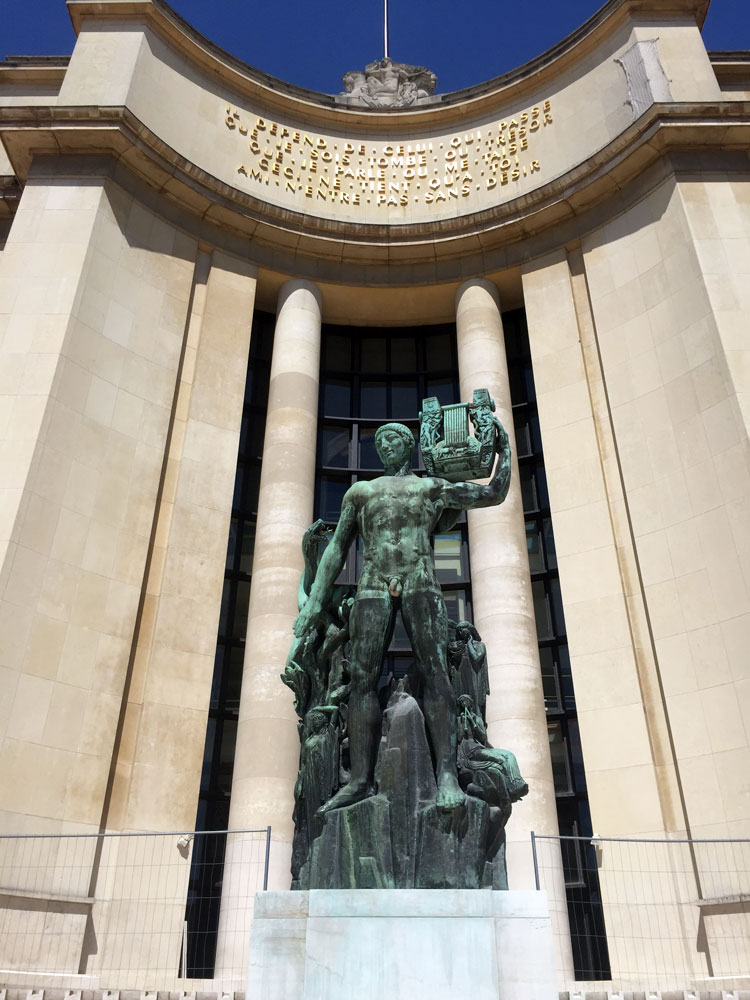 I like building up mental maps of cities, but in hindsight I think the route was a mistake. Between the Trocadero and the Petit Palace end of Champs-Elysees was a fair distance and not hugely remarkable compared to the 15th we were staying in. In hindsight I’ve have caught the Metro towards Place de la Republique and spent an hour in a museum near in the Louvre, but it was still a nice walk through the architecture. 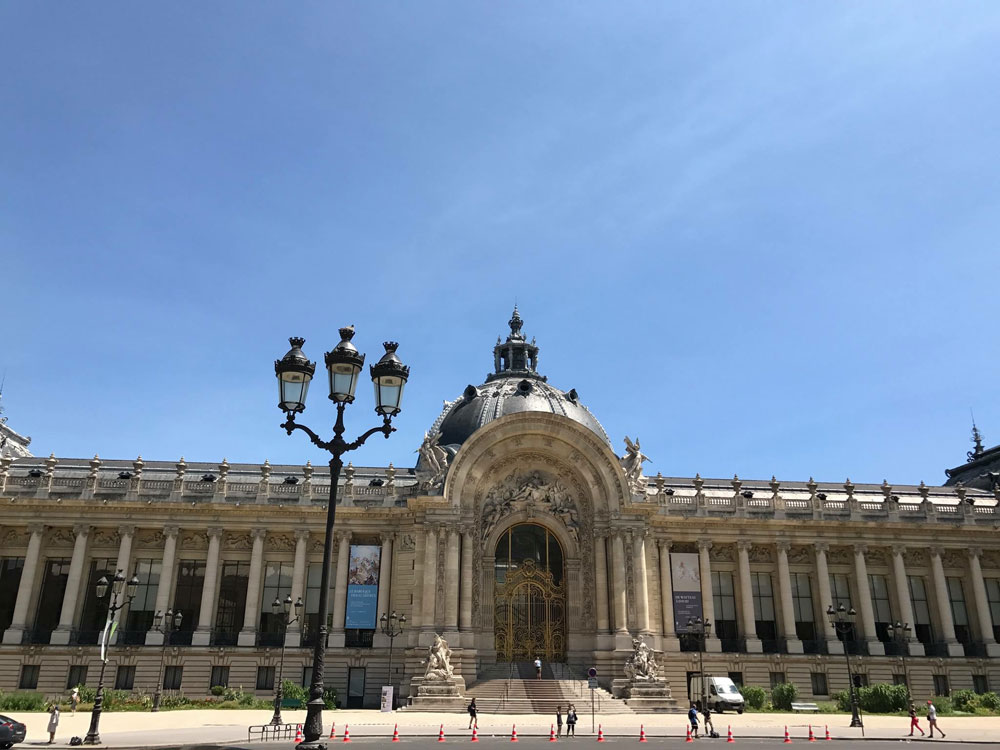 That’s me on the steps of Petit Palais, in a Yorkie Swing Dance t-shirt.

When we reached Place de la Republique by foot we were quite exhausted. The temperature was around 35°C and the trees lining the boulevards have a gap near there (and the breeze slowed.) We stumbled on through the gardens, still having fun but really in need of a drink, and targeted a Starbucks next to the Louvre. Our eventual arrival had us both limping… a bit of fun. Jumping for the coldest thing I could imagine, I ordered a Yaourt Banana Creme: a smoothie of (frozen?) yoghurt, banana, cream and ice. It was indeed the most cooling drink I could imagine. 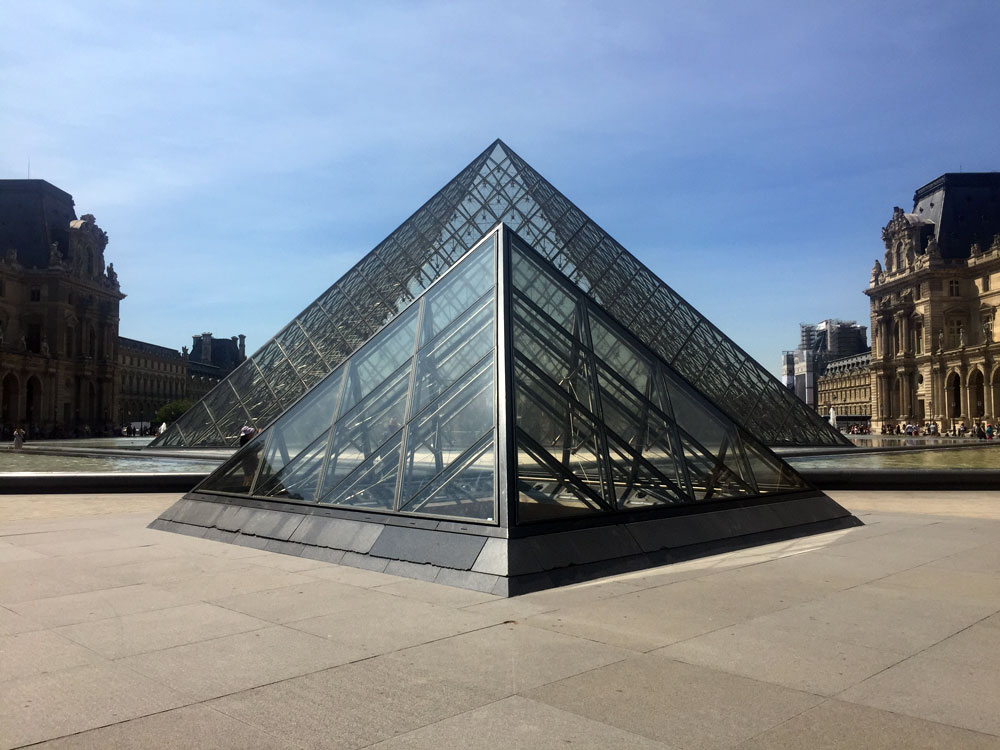 After a long recuperation in the cool, I headed out to wander the Louvre and reach Notre Dame. I got some nice shots of the Louvre pyramids and then got severely harassed by a group of fake petitioners who evidently thought me a good target - the point where six of them started to surround me was a little scary, but I distracted them long enough to get the hell out of there! I’m curious what their relationship with the police is - if not violent they might be left alone and yet the line between the harassment and violence is very thin.

After that fright, I got a drink (in French, although I think I mistook how seating was supposed to work) and sat near Notre Dame. We planned to have a nice meal at a nice restaurant that evening, and I still had a few hours to use up before getting the Metro back. 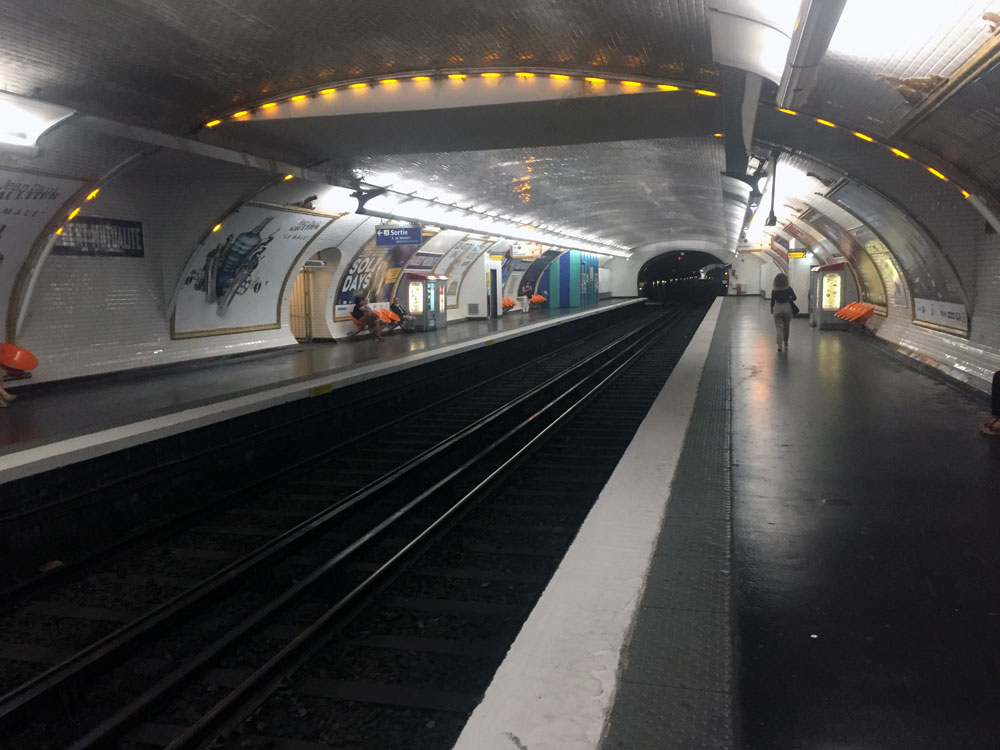 I’d eyed a few places on Place Cambronne that had a lot of everyday French customers and looked quite nice, and we picked . It was a nice meal - Seabass and Vegetable Taglietele (spiralised and nicely cooked vegetables.) I’d been fancying some Rosé wine for days, and it is France, so I had… a little too much.

Day 3 was Disneyland Paris, but I’m not going to write that up quite yet.