I’m in my Masters year at the moment, which means I have a lot fewer classes but a lot higher expectations in assignments. I’m also undertaking an MEng project (I’ll write about this sometime.) So I have a lot more unreserved time but a bit more work to do. I’ve been filling one day a week doing security and maintainance work on old ColdFusion web applications.

ColdFusion is an old web technology that Macromedia put out. It’s like you implementated of PHP in HTML tags. For I have been working with it - trying to secure a large number of small webapps built with it in years gone by.

There’s a bit of a problem with securing these legacy apps. They’re a mess, and ColdFusion is insecure by default. Let’s take some typical Ruby erb markup:

The <%= … %> tags automatically escape what’s being printed against XSS. The default case is the safe one. Outputting without escaping has to be explictly specified with the raw function. Sadly, ColdFusion only autoescapes in special cases - and I’ve been warned that even then it isn’t bulletproof.

People running ColdFusion are generally moving to the open source Railo and Lucee servers. These applied a sanity pass to what they should support. 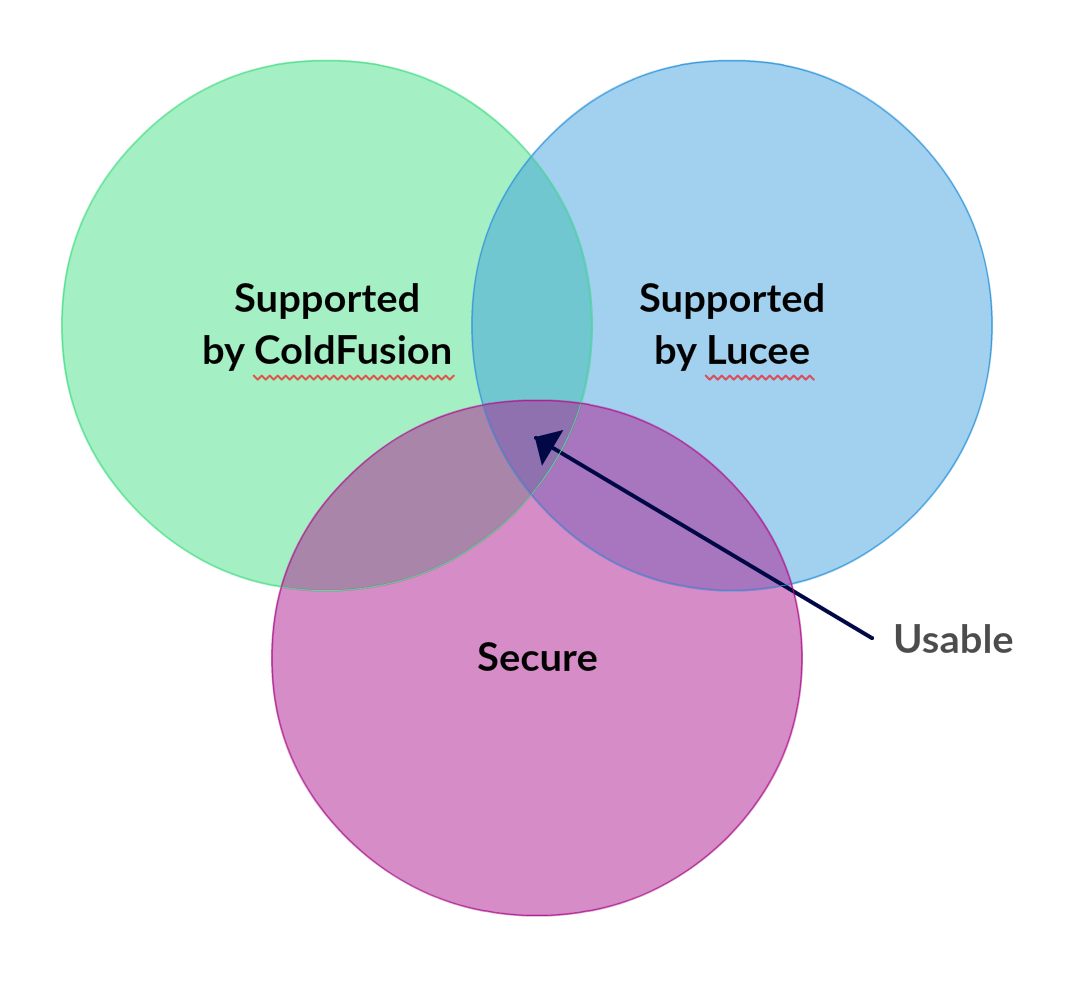 The intersection of secure and available in both is to import the OSASP ESAPI API from Java.

Yuck, huh? You might notice we’re using cfoutput and input tags now. As I’ll explain, this works around double-escaping issues.

Why Escape Spaces against XSS?

In one of these application I was escaping a cfinput value with ESAPI:

But on Lucee cfinput is running encodeForHTMLAttribute itself and so we’re double-escaping form.forename. So some characters got double escaped: ` ` (space) → &#32; → &amp;#32;.

You wanted this:
You get this:

This could have the approach of escaping almost any character outside /a-z0-9/i but I was genuinely surprised that spaces are escaped. I found myself wondering why. Turns out there is a very good reason. Let’s go back to erb, which escapes by default.

See how there’s no quotation marks for the value attribute? HTML is happy without them. So a library that doesn’t escape spaces would leave you vulnerable.

I think this fits into Defence In Depth. Attribute tags should have the quotation marks, but mistakes happen and nobody is looking for that particular mistake. You have a problem when it only takes one missing quotation mark to open up your website to XSS. Escaping spaces is therefore quite important.

I’ve found this a frustrating but enjoyable bit of work. Legacy is always a bit fascinating - at Archaeology Data Service I was reverse-engineering some ‘interesting’ ESRI XML formats.

I don’t know how completely one can secure applications by hand when they’re messy, insecure by default, and number in the dozens. I’m doing my very best and making heavy use to regexes to check every last #…# and use of cf tags. But this is only a very small slice of ColdFusion’s weirdness: by default it acts like PHP with register_globals turned on.

Well-built software has lingering undiscovered security problems; with sufficient mess one is guaranteed to miss some. But my regexes and discipline does allow eliminating some error classes in near-entirety.

I think my next step should be to fuzz these applications. That’s how they’ll be attacked, so I think it’s absolutely necessary to do it ourselves. I should also take a look into the X-XSS-Protection header, but I’m guessing it isn’t something to rely upon.